Karmel offers tour shuttles to Disneyland® from LAX or your Disneyland® Resort hotel. We can provide transportation to the theme park, to the airport, or anywhere in Los Angeles. Disney has a variety of hotel resort options in Anaheim including the Disneyland® Resort, Disneyland Hotel, Disney’s Grand Californian Hotel & Spa, and Disney’s Paradise Pier Hotel.

Whether you’re staying at a Disneyland® Resort Hotel or any hotel throughout Los Angeles and Anaheim, Karmel Shuttle can provide convenient and reliable transportation to start your Disney vacation. Our airport shuttles to Disneyland® include Los Angeles International Airport (LAX), John Wayne Airport (SNA) in Orange County, and Long Beach Airport (LGB). It's the easiest way to get from airport or your downtown LA hotel to Disneyland.

Karmel Shuttle can also provide private transportation to the D23 Expo at The Anaheim Convention Center.

Looking for hotels near Disneyland with Karmel Shuttle service? Check out some of the Disney Resort Hotel and shuttle options available to you:

Book your Disneyland® Resort shuttle and leave the driving to us! Karmel provide Disney Tours, shuttles and more. LAX and SNA shuttles to the Disneyland Hotel, Disney’s Grand Californian Hotel & Spa, and Disney’s Paradise Pier Hotel. If you're not staying at a Disney Resort hotel, Karmel also provides other hotel shuttles throughout Anaheim. Reserve transportation from hotels between Disneyland and Los Angeles, Santa Monica, Hollywood, and Anaheim with Karmel Shuttle. Book a round trip service to Disneyland today! 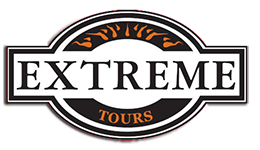 To Find out More

Sign-up for a FREE Frequent Rider Account. It saves you time and money! Plus get great discounts and LAX service updates.